The London School of Ergonomics and Patriarchal Science just announced that a new prize — the Kire Ramgnir Award — has been instituted to reward courageous actions in defence of the right to free speech. The first recipient is Wu Hao, a film-maker and blogger jailed by the Chinese authorities.

‘We are very glad to have this opportunity to do our bit for free speech and the spread of democracy in this part of the world,’ said the School in an official statement. ‘Considering the courageous way in which Kire Ramgnir defied his own department’s ban on his blog, it was obvious that the award should be named after him.’

To regular readers, the fact that Kire Ramgnir is remembered in this fashion is particularly gratifying. Kire was of course the original founder of this blog.

Kire Ramgnir, the original founder of this blog, was a senior lecturer in Comparative Fantasy in the Department of Grovelment at the London School of Ergonomics and Patriarchal Science. He was in his day a picturesque iconoclast, an irreverent believer in the truth, and a constant thorn in the backside of the powers-that-be. He was also a certified talking head IOU, IUD. In his spare time he was known to take his children to poison pigeons in the park.

Kire was found dead in the Thames, just off Westminster bridge, at low tide on April 1, 2006. The cause of death seemed to be associated with his feet somehow or another becoming embedded in concrete. “These kinds of accidents are only too common,” said a spokesperson for the Department of Grovelment. “We know Kire was a great DIY enthusiast and he always got himself mixed up with quickly hardening substances. It is true Kire was a critic, but we didn’t really mind.”

Kire will be much ignored by all those who thought they knew him.

Forget the Footnotes is back up again despite the attempts to shut us down. More rants, musings and news from the frontiers of science will follow shortly. The day of full freedom of expression has arrived! Thanks to blogs, everything will finally be made public. Woe to all those whose lives cannot stand public scrutiny.

‘Everyone has the right to freedom of opinion and expression; this right includes freedom to hold opinions without interference and to seek, receive and impart information and ideas through any media and regardless of frontiers.’ Universal Declaration of Human Rights, UN, 1948.

we are back again!

Forget the Footnotes is up and running again after some editorial revamping. What follows below are my rants on politics and society, musings on life in general, and plenty of the latest news from the frontiers of science.

The critics were no doubt correct — the previous version of the blog contained far too many literal truths. As a result this version will contain only half-truths, ironic overstatements and tongue-in-cheek seriousness. If you find tongue-in-cheekery difficult to swallow, I suggest you stop reading immediately.

10 things I know nothing about 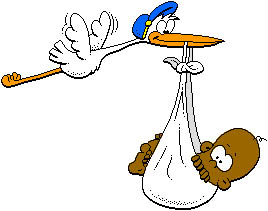 Which ten things do you know nothing about?

Footnotes to the Open Day

OK, I know I promised to ‘forget the footnotes,’ but let me make an exception for this post. My Open Day speech comes with a few references:

Brit for a day

My wife had this idea that she was going to become a British citizen. ‘It makes it a lot easier when we get into Heathrow,’ she explained. She sent off for the papers and got a number of bona fide Brits to affirm her suitability for membership. Next she was called to the Wood Green Civic Centre for a ‘citizenship ceremony.’ Curious, I tagged along.

Before us was an oil portrait of a dumpy woman in her mid 70s, accompanied by a blue, white and red rag on a stick. A secretary divided the people assembled into two groups — one religious, the other not — and a greasy little man wished us welcome. It was an important day in our lives, he declared, when the great gift of Britishness was going to be bestowed on us. From this day onward we were parts of his community and besides England was going to do really well in the football World Cup and we might as well join now. 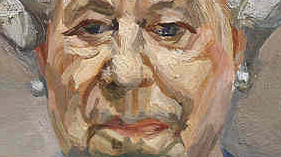 The candidates then proceeded to swear their allegiance to the dumpy little woman, her heirs and successors, and to the rag on the stick. The religious group added a thingy about god, the non-religious group did not. Thus it happened that my wife renounced her rights as a free citizen of a free republic and entered into subjecthood in a feudal monarchy. Then they all sang a little song and had tea and biscuits.

Obviously it couldn’t last. Realising that she was far more of a republican than she previously had thought, my wife renounced her Britishness already the next day. Luckily the American embassy was never told about the incident.

What’s strange about this ceremony is that it is so profoundly un-British (except the tea and biscuits part). It’s obviously copied from the US — no doubt by some overly zealous consultant working for Blunkett’s Home Office — but what they didn’t realise is that the values affirmed in the US are totally different. In the US you declare yourself a citizen; here you declare yourself the loyal subject of an essentially medieval monarchical order. Instead of affirming your right to stand up for yourself, you affirm your subjectification.

What is strange is also that there is an opt-out for the non-religious but not for republicans. Why can’t you become a British citizen if you are a republican? And why is it that Brit-wannabies are asked to make a pledge which clearly many existing Brits would refuse to go along with?

I particularly appreciated the way the instinctive chauvinism of the English inadvertently was revealed: as the little man should have remembered, there is no ‘British’ team in the football World Cup!

The convenor of my department told me to show up at an “Open Day” for prospective students and their parents. Obliging as always, I agreed. Only today, thinking about what to say, did it strike me how perfectly unsuitable I am for this task. The parents clearly want someone English who with knowledge and authority can talk about exactly how a university education will help their brood get ahead in the English class system. I know nothing about the undergrad programme, and as Swede from Norflondon with a ponytail, I’m not likely to inspire confidence. Last time I talked to prospective students I lost the School thousands of pounds. The only reason they asked me is that everyone reasonable already has buggered off on their respective Easter vacations.

They’ve sent out a pre-prepared Powerpoint presentation with the official sales-pitch which I am expected to talk over. A pre-prepared Powerpoint presentation!!! Who are they kidding??? I have two PhDs and a conscience; I don’t go into a classroom with someone else’s Powerpoints. Surely it is is far better for both the School and for prospective students if I try to tell them as truthfully as I can, in my own words, warts and all, what it’s like to study at an elite university.

What I’ll do is to reuse the traditional speech I always give to incoming MSc students, with some amendments for the fact that these are prospective undergrads. It’s worked in the past, it’ll surely work again.

My Open Day speech is here.

What’s in the speech?

‘Everyone has the right to freedom of opinion and expression; this right includes freedom to hold opinions without interference and to seek, receive and impart information and ideas through any media and regardless of frontiers.’ Article 19, Universal Declaration of Human Rights, 1948.

Compare the LSE statement to the same effect. 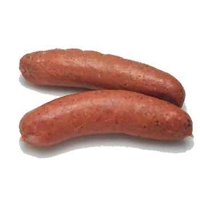 If a university education now is to be sold like so many sausages, isn’t it about time that we started telling students exactly what it is they are buying? What we need are labels on each course listing the content including the artificial colouring, the fatty acids and the possible presence of reconstituted ingredients. Or why not simply go ahead and publish the student evaluations from previous years? This way students know which courses are good and which are bad.

As a first step in this direction, I’m publishing the students’ comments on a course I taught last year, Gv4a6, The Politics of Resistance. Click on the ‘read the rest’ link below for the details. I’ll be posting more of these evaluations as they become available (and not all of them are necessarily this positive).