I know you really want to go to the United Kingdom to study. There are very famous universities there — Oxford, Cambridge, LSE, and many others. This is, you’ve been told, where the best students in the world meet the best professors. If nothing else, your parents will be endlessly proud of you and you’ll have a future job in the bag. The prestige value of a UK PhD is immesurable.

Still, I suggest it’s a scam. They are taking advantage of your eagerness to get ahead in life through educational means. Perhaps it’s time for a short reality-check:

The obvious alternative is to do a PhD in one of the many outstanding universities in East Asia itself. There are many that give courses in English, full of world-class professors and world-class students. NCTU, where I work, is a great example. The cost here is far, far lower — including living costs — and you’ll have a much easier time adjusting. There is no racism and no behind-your-back condescension. There are no woolly sweaters and no woolly grub. And most importantly, the prestige value of your East Asian PhD is a commodity whose value is on the rise. 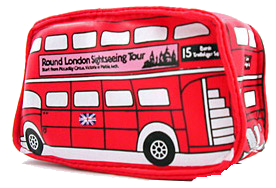